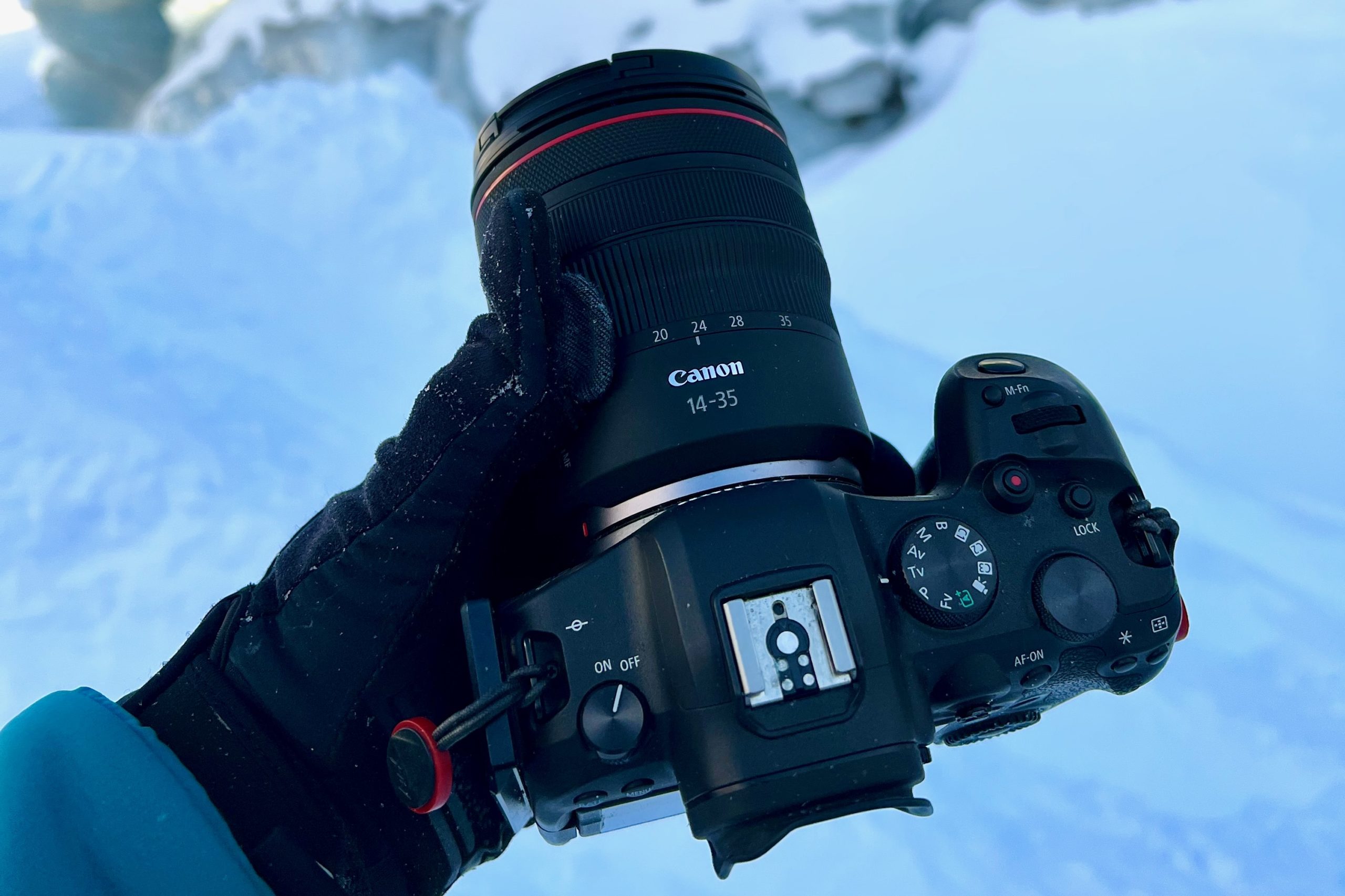 A short little read on why I fell in love with the new Canon RF 14-35mm F4 IS USM L, a brilliant ultra-wide-angle lens. Spoiler alert: I ended up purchasing one!

Before we dive in, I wanted to share that this blog is by no means a technical review of the lens. I merely share my thoughts on why I ended up replacing my Canon EF 16-35mm F2.8L III, which is also a brilliant lens, for something that many would describe as an “inferior” lens due to its more narrow aperture.

As a photographer, I’m pretty much always on the look-out for things that can make my gear lighter and smaller. It’s one of the guidelines I try to live by. Years ago, I used to be that guy who needed to have every lens I might have a use for when being out in the field. I quickly discovered that having such a gear-focused approach didn’t actually improve my photography but instead prevented me from becoming a better photographer. Too much choice in the field can be a bad thing, causing you to lose focus from what’s important: looking around, observing and being creative with what you have.

To tackle this gear-addiction head on, I decided to look at my Lightroom catalog. I wanted measurable data and started checking what apertures and focal lengths I primarily shot at. This allowed me to decide with a clear head what lenses I could get rid of. It’s an exercise I do regularly ever since in order to determine if I can finetune my gear to better suit my needs. It’s an exercise I can highly recommend to everyone who is finding themselves in a similar situation!

A few weeks ago, I did the exercise again. This time, the data showed me I most often used my wide-angle lens at the widest end. And more importantly, I rarely used the F2.8 aperture – even when photographing the aurora borealis. This begged the question: why drag around a heavy and bulky lens (with an EF-RF adapter) when I was not using the biggest advantage it had? To give it a try, I ended up reaching out to Origo to ask if I could borrow the Canon RF 14-35mm F4 IS USM L (what a mouthful by the way). I had read a lot about the lens already and I was intrigued by its universally-received praise for its design and sharpness. 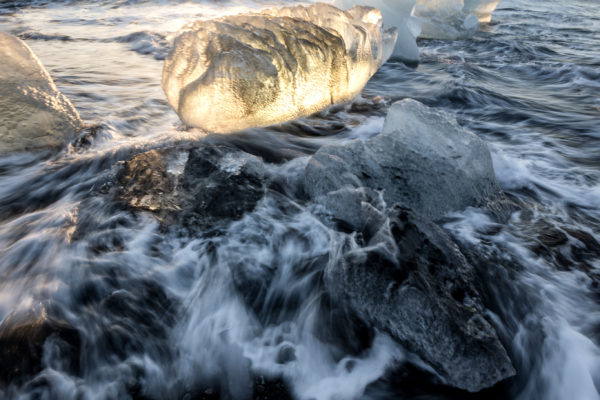 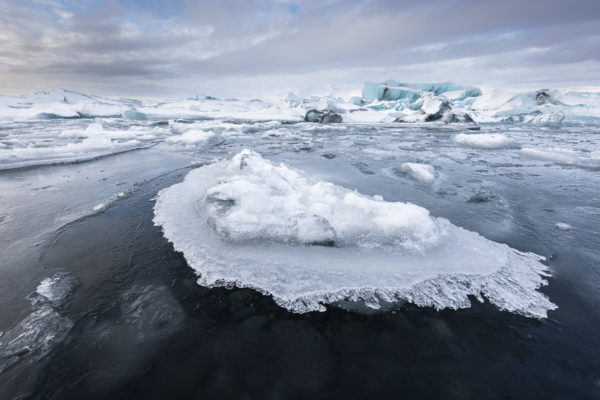 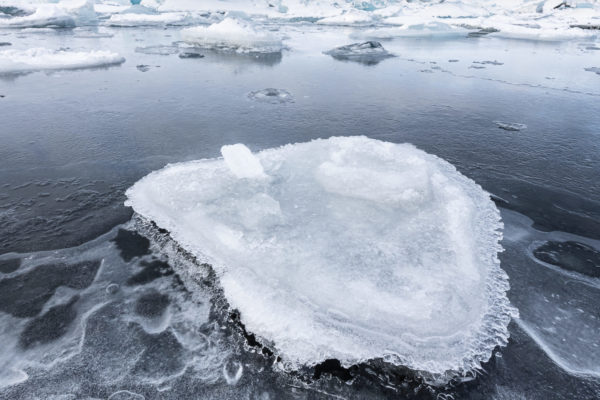 To me, the biggest advantages of this lens are the much wider field of view, the weight/size, lack of spherical front element and, finally, it being an RF mount.

The wider field of view is a pretty obvious advantage. During my testing, I managed to get shots I would otherwise not have been able to because of those extra 2mm.  It enabling me to get shots I couldn’t before, is a big selling point to me.

Secondly, the weight and size are an incredible feat for what it offers. Not only is this lens pretty short in comparison to the F2.8 counterparts (both EF and RF), it’s also MUCH lighter. And because it’s a native RF lens, you get all the neat Canon mirrorless features such as seeing the focus distance in the EVF and great OIS+IBIS. But, possibly the biggest advantage to me, is that I don’t need the EF-RF drop-in filter adapter I have been using.

This EF-RF adapter is something I’ve had a love-hate relationship with for some time. I initially loved the idea of it. Tiny filters which worked with any EF lens sounded like a dream. However, to me the execution of this idea was very poor. On countless occasions, I accidentally lost a filter because of how easy it was to unlock them. The clamp holding them in place is not tight enough, causing the filters to drop out with even the slightest touch. This also added to a slow-growing frustration that I could not use the adapter with my 100-500mm RF lens after replacing the 100-400mm EF lens I had been using.

This brings me to the final advantage: the lack of spherical front element which allows you to use regular screw-on filters at even the widest end. Due to the lens corrections made in post processing, you also do not get any vignetting even with filters attached. This opens up a lot of possibilities for me to simplify my process in the field. Both this wide-angle and my telephoto lens share the same filter thread size, which means I can use the same filters interchangeably.

Initially, I was very sceptical about the fact it didn’t have an F2.8 aperture. The primary reason for scepticism is that I often photograph at night to capture the aurora. That means it’s pretty engraved in my brain that I must have the biggest possible aperture. But is that still true with how good cameras have become in high ISO conditions? Is that one stop of extra light really impactful for my kind of photography and worth the extra money?

During my time testing the lens, I got an excellent opportunity to try out the lens in those nightly conditions. A G1 geomagnetic storm was forecasted and produced strong northern lights. Essentially the kind of aurora I would usually try and photograph. Being located in Iceland, I have the perk of being able to choose when I go out to photograph the aurora so I almost never go when the activity isn’t great. I think that’s important to know because if you’re travelling to photograph the aurora and have to take the conditions as they are, you might have a different experience.

Long story short: the northern lights were such a treat to photograph with this lens – even with an almost full moon. Combined with my EOS R6, I was pretty comfortable shooting at night using ISO 3200. Even ISO 6400 still gives very nice results. It’s such a difference with how I would normally stop down to F2.8 to keep the ISO as low as possible on my old DSLR. ISO 6400 was unthinkable in such dark conditions. This, combined with a crispy sharp lens, makes for great results.

Truth be told, in general, I had a VERY hard time finding anything substantially wrong with the lens. The images are sharp corner to corner (sharper than my F2.8 lens) and combined with a good capable sensor in low light, there’s nothing to dislike about it in my workflow.

Conclusion: Does It Fit My Workflow Better?

I can safely say it fits my workflow really well. That’s why I went ahead and bought one for myself as soon as I returned the borrowed one (my F2.8 wide-angle lens is currently on the market). Everything about it fits better into my workflow than my F2.8 lens. The greater field of view, the increased sharpness, the excellent stabilisation combined with my R6, … Even the extra room in my bag is a welcome addition (room for a backup body now?). Maybe the lack of a bigger aperture is too big of a compromise for you but for me the trade-off doesn’t weigh up to all the extra advantages it brings.

If you’re in the market for a lightweight, quality, ultra-wide-angle lens, I can highly recommend this one.

Should you wish to buy this lens, please consider using my Amazon Affiliate link for it. If you choose to purchase an item via such a link, I may get a small commission at no additional cost to you.