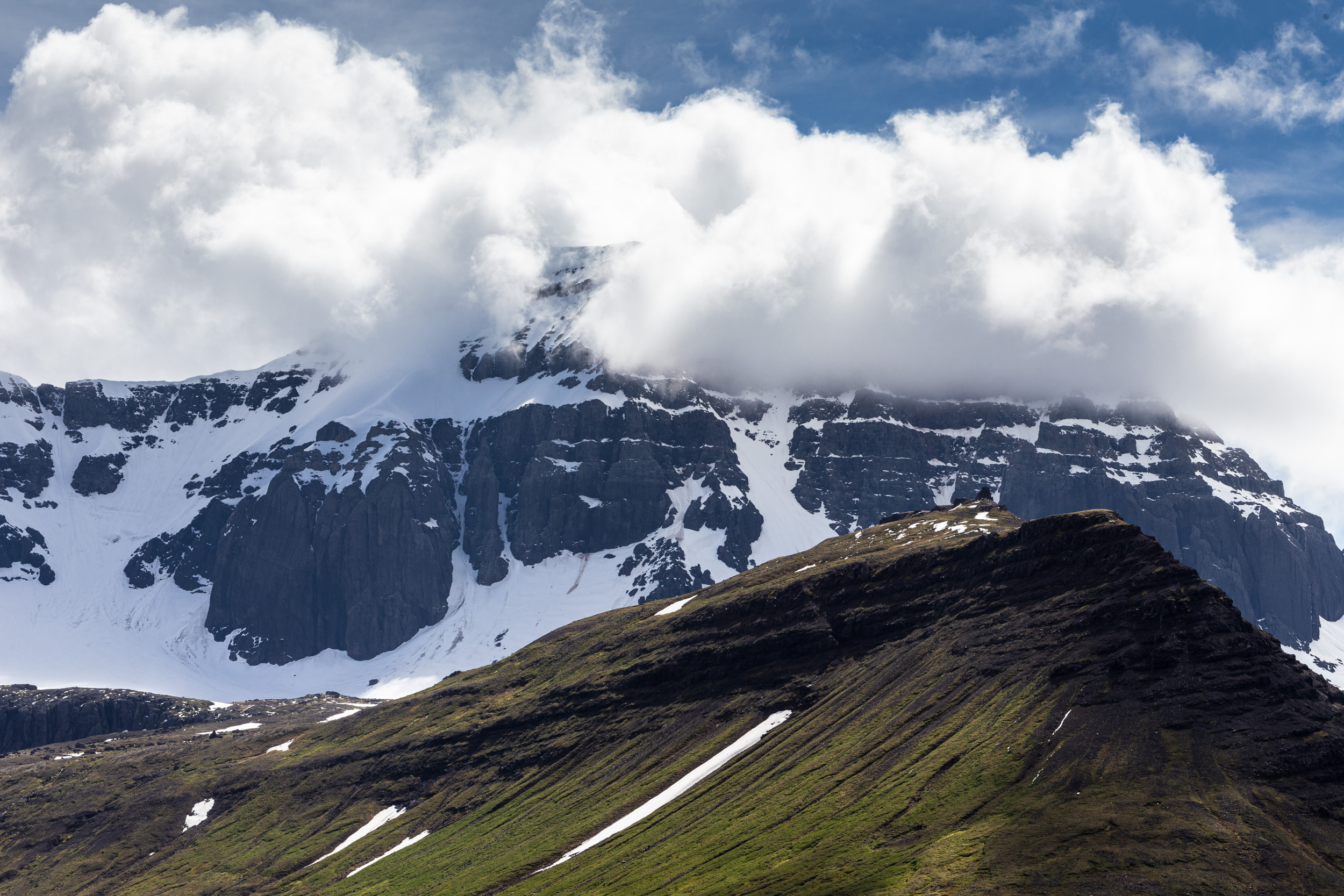 Spending a Weekend in East Iceland

A few months ago I travelled to East Iceland for the weekend. Because the drive to Egilsstaðir (and back) is too long for a weekend trip, I took a domestic flight with Air Iceland. After arriving I rented a car to be a bit more mobile in the area. My main mission during the weekend: photographing puffins up close in Borgarfjörður Eystri. As you can tell by the photos, my mission was successful but it wasn’t the only thing I did during the weekend.

East Iceland has a lot to offer. To name a couple of things: the numerous waterfalls thundering down in the different fjords, the quaint fishing villages (Seyðisfjörður!), the wildlife (and especially the birdlife), the huge Hengifoss waterfall, … You could easily spend a few days there. But, as I wrote before, my main objective was to finally photograph puffins.

Photographing them up close can be done easily in Borgarfjörður Eystri. Borgarfjörður Eystri is about 70km north east of Egilsstaðir and is essentially the end of the road. It’s quite the detour when you’re on a schedule but worth it when you have time. It’s not only a paradise for birdwatchers. The scenery on the way there, the drive over the mountain ridge and the quietness of the valleys is just amazing. For me it’s definitely the hidden gem of East Iceland.

The drive to Borgarfjörður Eystri takes you north from Egilsstaðir. When you finally reach the fjords you have to drive over a mountain ridge that gives you an incredible view over the valley you drove through. Afterwards you descend along a steep road winding down. The scenery is incredible all the way there. Upon arriving at the last village, you make your way to the small harbor outside of town. It’s there you can see all kinds of birdlife, which also includes a number of duck species and the biggest puffin colony in Iceland.

When driving into the Borgarfjörður-Eystri area, you are welcomed with some stunning scenery.

The great thing about this place is that you can get super close to the birdlife thanks to the wooden stairs and walkways that were built there. If you’re patient and you visit during nesting season like I did, you can even see in some of the puffin holes and see them crawl in and out of the nests. If you’re lucky, you might even spot some of them with fish in their beaks.I spent about an hour and a half between the birds before heading back towards Egilsstaðir.

This puffin had been digging a new hole.

A North Atlantic puffin with his chick’s next meal in his mouth.

After descending the last mountain pass, I spotted some reindeer on the side of the road. Reindeer live only in East Iceland. I’ve travelled around the east multiple times but I had never seen them during daylight.

After reaching Egilsstaðir, I drove towards Neskaupstaður with making a short detour driving into the beautiful Mjóifjörður fjord. For me the drive down to that specific fjord is just incredible. At the base of the fjord, there’s also a rusty boat wreck (for those of you who like these kind of photographic settings).

Driving towards the town of Neskaupstaður, the beautiful weather I had in the morning turned into really thick fog. The weather in the east can usually be very different between the different fjords so I was not surprised. And you know what they say about the weather in Iceland…

On Sunday, the weather took a turn for the worse. There was a lot more wind and it rained every now and then. Still I decided to head towards Hengifoss. Hengifoss is a waterfall at the south side of the lake near Egilsstaðir. You can already see the waterfall from the parking lot, which is no surprise since it’s about 118 meters high. To get there, you need to hike up the mountain side. On the way you can also get a closer look at Litlanesfoss, which is special because of the big amount of basalt columns in and around the waterfall. You get the best view of it on the other side of the river (which requires you to go down and back up or come down the other way after seeing Hengifoss).

The steep hike up to Hengifoss is about 2,5 kilometers long but definitely worth it. The waterfall itself is really beautiful, especially because of the red lines in the rock surrounding the fall.

When I got back to the parking lot, it started raining again so I decided to head back into town for some coffee before the flight. It was a short but intensive weekend away and there’s no doubt I’ll be back in the east soon.