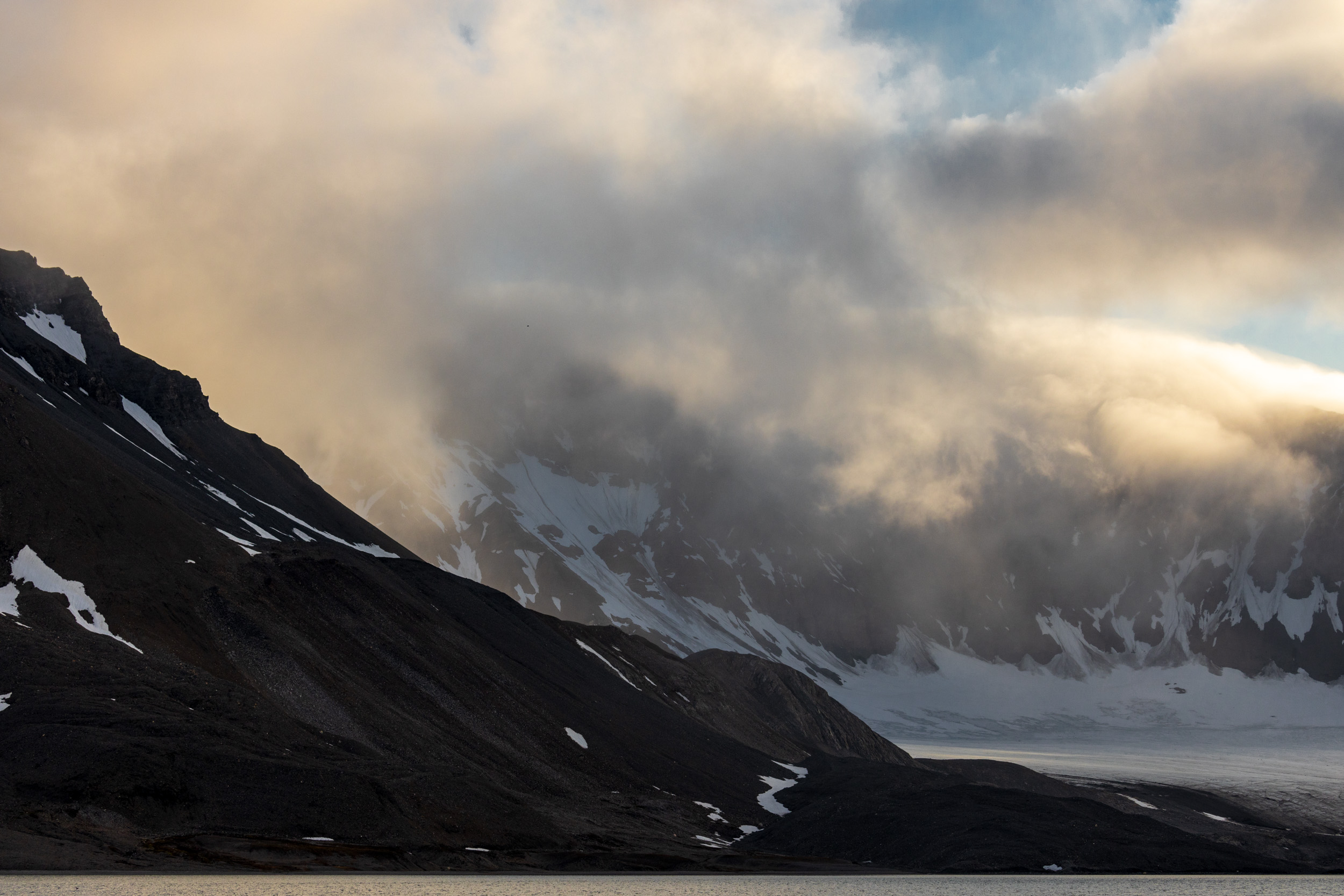 From 64° North to 80° North. An experience I will never forget. In the Summer of 2019, I finally managed to cross Svalbard off my bucket list. It has always been one of my top 5 destinations to visit. To fully experience the unique and desolate environment of Svalbard, I slow-travelled on a sailboat during this 12-day expedition. In this 2-part series, I will be detailing my adventure in the High Arctic.

It’s 5am on July 10th 2019. I’m waiting outside of my apartment in Reykjavík, Iceland, waiting for a ride to the Keflavík airport. My destination is the island of Spitsbergen, located in Svalbard. Svalbard is an archipelago which lies in the High Arctic between 76 and 81 degrees North. Longyearbyen, a Norwegian settlement on Spitsbergen, is the starting point of the 10-day sailing expedition I’m taking part in. It’s organised by Puffins Travel, a Belgian travel agency. The goal of the expedition? Exploring the desolate beauty of Spitsbergen, photograph some wildlife and sail to the edge of the ice sheet.

Around midnight, we finally arrived in Longyearbyen. After meeting all of the participants, we headed to the sailboat. We were immediately greeted with some refreshments and some good news: the crew will sail through the night on the Isfjorden so we can wake up right in front of a glacier. Sure enough, after a short night (I never get used to this endless sunlight during summer – even in Iceland), we anchored in front of the Esmarkbreen glacier outlet in Ymerbukta. It’s our first real encounter with the desolate and barren landscape of Svalbard.

After a short morning cruise along the ice wall, we make ourselves ready to make our first landing with a small zodiac to do our first hike. It’s a rather short hike but an excellent start to the expedition.

During the hike, we got to experience the odd landscape first hand. It’s unlike anything I have seen before. The landscape is not only strange because of its lack of trees and scarceness in vegetation but also because of all the shattered and sliced rocks. During the summer, water seeps inbetween small cracks which is then turned to ice in the winter – shattering all the rocks due to the increased pressure from the ice. We also encountered a few reindeer. They were very relaxed around us and some of the younger ones became very curious about us, coming a bit closer than the others. It was such a great moment during the hike. 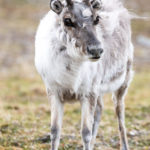 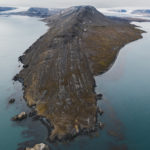 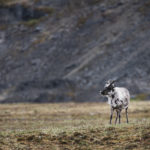 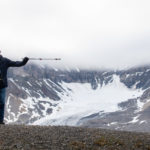 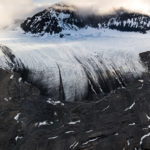 After getting to the next fjord, our sailboat awaited us in the distance, ready to pick us up. We spent the rest of the night inside the shelter of the Trygghamna inlet, surrounded by glaciers, before exiting Isfjorden and setting course towards the North.

Close encounters of the walrus kind

In the morning, we woke up sailing through Forlandsundet. This passage is sheltered from the Greenland Sea by the Prins-Karl-Forland island, providing a calm route towards the North. The scenery you get along this route is just stunning. We were fortunate enough to have some really interesting cloud formations rolling over the snow-covered mountains. It felt great to sit out on the deck with my camera, just observing and shooting when the light was just right. We sat outside for several hours without actually realizing time was flying by. During this whole time, we were practically alone in the area aside from the 2 or 3 other sailboats passing by in the distance. An unbelievable experience. 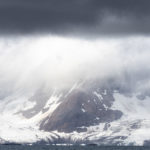 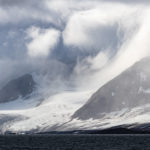 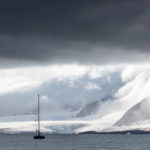 Our main goal today is to make a stop at Sarstangen. Sarstangen is a very narrow sand bank, which lies almost at the end of the passageway. Looking back at it, this stop is probably one that left the most impressions on me. The reason for that? A close encounter with the walrus of Svalbard.

The whole experience began as soon as we anchored in front of Sarstangen – getting ready for a landing. Almost immediately, some of the walrus came in for a closer look. It’s hard to believe when you haven’t witnessed this in person but these massive creatures move like nothing you’ve seen before when they are in the water. On land, they give you the appearance of being lazy and slow-crawling animals but in the water, these one-ton walrus dive and glide through the water just majestically. Until we actually left in the zodiac, they keep coming in for a closer look at what the fuzz was about.

We made a landing a bit further away from the group of walrus so we could slowly approach them on land. As we approached, we kept our distance so we could safely watch them. But, to our surprise, these walrus are not really the most shy bunch of animals and they just kept on coming closer to us. Observing and photographing these, admittedly disgusting smelling, animals up close made this into a very memorable experience for me.

We stayed around an hour with the animals and then moved further onto the beach to stretch our legs and explore a bit more of the area. Eventually, we made it back to the sailboat. I ended up sitting on-deck a bit before heading inside and that’s when I was greeted by some more curious walrus again. I made a short snapshot of it on my phone, which you can see embedded here.

During the night, we set sail again further towards the northern parts of Spitsbergen. 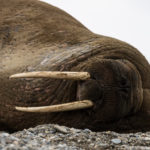 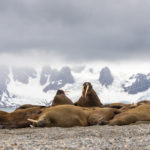 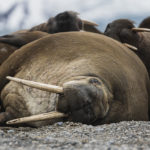 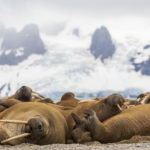 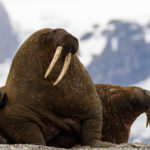 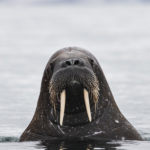 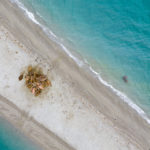 Our next destination is the beautiful Magdalenefjorden. This 8-kilometre long fjord is surrounded by sharp mountains (Spitsbergen) and has several glacier outlets ending up into the fjord. Around noon, we slowly made our way into the fjord. We sat outside on the deck in awe of the gloomy scenery that unfolded before us.

While sailing through the fjord, I thought about how it’s seemingly almost impossible to imagine how far some places you are looking at actually are. Because of the lack of trees and other objects, it’s very difficult to say how long it will take to get somewhere. I realised how much you unconsciously use these to determine distances and height. Every so often, I kept thinking “we’re almost there”, while still having to sail an hour more. It’s a very weird sensation.

As we went further into the fjord, the weather started clearing up a bit. This allowed us to get a better impression of the whole area. The desolation, sharp peaks and low-hanging clouds, together with the floating blue ice, created some of the most eerie conditions I have ever witnessed. Our destination inside the fjord lay at the end of it: the Waggonwaybreen glacier outlet. It was just stunning. We spent a lot of time sailing closer and closer to the ice wall. We even managed to spot a rust-colour bearded seal, who was resting on a floating piece of ice (another one to cross off the photography bucket list). To be fair, I was also silently hoping that a polar bear would be lurking around looking for an afternoon-snack… 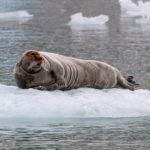 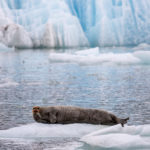 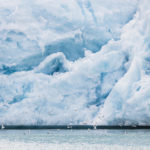 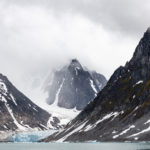 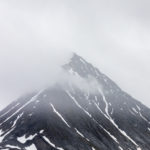 After the encounter with the bearded seal, we anchored near Gravneset inside Magdalenefjorden. This location is the home of one the biggest graveyards in Svalbard, containing numerous graves of people who travelled to the area to hunt for whales. The oldest graves date as far back as the 1600’s. It’s a very eerie and special area, strengthened by the weather conditions we ended up being in. After anchoring, we relaxed a bit in these beautiful surroundings.

Around 10pm, we decided to make a landing and go for a midnight hike. This is just one of the many fun perks of travelling to the High Arctic in Summer – it never ever gets dark. The hike took us along the shore up to the Gullybreen glacier. Being much further North than our first hike, it now really started dawning on us that we were truly in polar bear territory. While the first hike was rather relaxed, we were a bit more cautious as the terrain did not allow us to see as far. The moraine we were walking through, consisted of a lot of small hills. It would have been easy for a bear to be sitting behind a hill, without us noticing until we got very close. Fortunately, we did not encounter any.

We hiked along the beach and further up the glacier. Around midnight, we decided to sit and enjoy the view over the glacial outlet. It was just incredible and the best part was that we did not have to share this with anyone else. It felt very odd but, even though it was very late when we got back to our boat, the constant light made me feel like I was still wide awake and not tired. 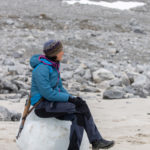 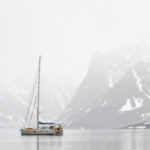 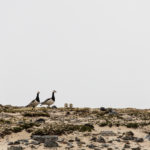 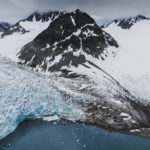 Heading for the 80 degrees

The next day, we embarked on the craziest part of the trip: reaching the mythical 80° North. Our goal was simple: sail all the way up to 80 degrees North and get as close to the polar ice cap, the North Pole ice if you will, as possible. This turned out to be one crazy trip. That day, the weather was much rougher than what we had experienced so far. With some pretty strong winds and big swells, the journey was tough as we were leaving the calmness of the Magdelenafjorden behind and started entering the open ocean. The boat rocked a lot and it banged very loudly into the ocean while we were inching closer to our goal. 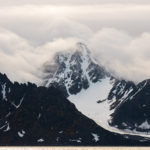 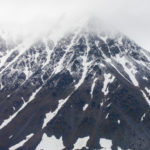 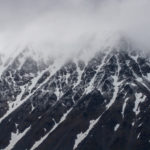 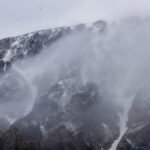 At last, we made it to 80 degrees North! The closest any of us had every been the North Pole. We were also able to see the edge of the sea ice but, unfortunately, due to the incredibly tough conditions, we were not able to get closer to it without risking getting stuck against it. The captain made the call to turn around and return to Spitsbergen, where we would be sheltered from the big swells and strong winds. I ended up trying to use the rocking of the boat to try and sleep as I was getting a bit uneasy about how much our boat was moving. I guess I’m not cut out to be a great sailor after all! I felt relieved when we finally made it to the safety of the Smeerenburgfjorden.

This was part one of my sailboat expedition travel log. What to expect next? An encounter with a polar bear, a beautiful ice fjord and a look into the Russian part of Spitsbergen.